Home » Performance management » Culture of performance » Organisational structures do not exist – they are a myth!

Organisational structures do not exist – they are a myth! 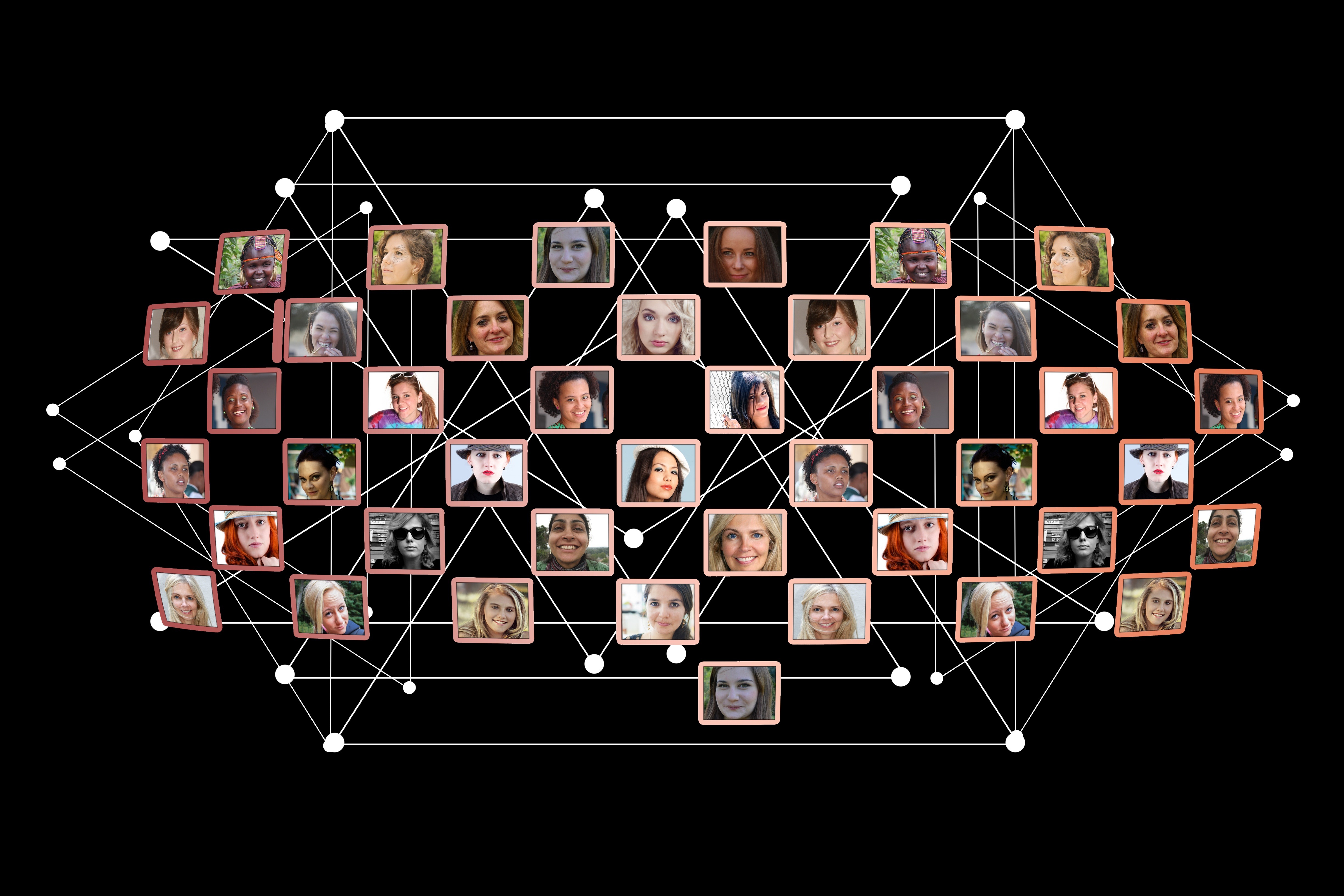 OK, I can hear the squeals of anguish and dissent.  “Of course organisational structures exist” I hear people say.

We spend time and effort and energy creating and maintaining and adjusting these organisational structures.

Why organisational structures are a myth

The equivalent of “Wake up and smell the coffee” is asking you simply to observe what is really going on in your organisation.  What you see is a social system in operation.  This is operating across, and often despite, the organisational structure.  It is not an organisational structure that is operating.  Rather, people are working together to get stuff done.  What you see are people interacting and doing things, by working across the organisation. What really makes an organisation work is the social networks and social system that connects people.  People who come together to get stuff done. 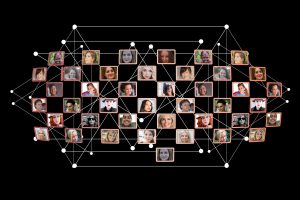 Just think about who is most successful in your organisation?  Those who work within silos and remain within existing organisational structures?  Or is it those people who have a good network around the organisation.  Those who can get stuff done through conversation and influence, across the organisation.    This is no longer the provenance of senior managers to coordinate and liaise across divisions, departments and teams.  It is the role of individuals to create maintain and use these social networks.

What is a meeting?  In many cases it is a group coming together to explore and make decisions. The solution often requires a team that transcends organisational groups, otherwise silo thinking and silo working results.

The organisational structure is just an artificial construct of finance and HR so they can work out where the costs are and who reports to whom!

Some believe in organisational structures and they spend a fortune optimising them.

Have you ever been though a “re-organisation”?  You know the sort.  They take about nine months and typically cost anything between £1 million and £10 million.  (I am counting consultancy fees, disruption, effort spent in none operational activities and conversations while people fight for new places).  There is a lot of huffing and puffing as people jostle for power and position.  People are “recruited into new roles”.

In reality what has happened is that the silos and structures have been moved around to, apparently, make them more efficient.  In reality the social networks remain unchanged. The people who knew people still know those same people.  It is just that their desk, phone number or reporting line manager has changed.

I have met many who complain that their ‘organisation’ has gone through four, five or six ‘re-organisation’ in as many years.  Did these re-organisations achieve what they intended, that is lasting change.  Few did.  All caused disruption, distraction and cost.

I have seen many re-organisations.  Few have fundamentally changed and improved things.  Some have removed some blockers, but they have very rarely being the whole solution.  Guess what, each reorganisation failed to solve the underlying problem it was trying to address.  Why?  because that is not where the problem lies.

If you frame a communication problem as one of “How should we be organised?” you get a different result to framing it as one of “What social networks do we need to facilitate?”.

The latter might, in part lead to some change in the organisational structures and groups, but it will not be the whole solution.

The problem lies in the social network

Perhaps the problem is that we think organisations should be organised.  (Yes I am playing with words here – deliberately).

Perhaps we should recognise that when we create, or have, a group of people coming together to get stuff done, we should call it the social system or social network.

So why do we create organisational structures?

In reality these advantages of location in a management structure (for that is what this is) is quite different from the need for a social structure and relationships.

How can we break out of this thinking?

There are a number of ways to break out of this thinking.

Connect people rather than re-organise

In one client project (a client that had of course gone through many re-organisations) we simply found the people across the organisation who needed to come together to solve the issue.  These were people, irrespective of grade, who were the right people to discuss the topic in its wider sense.

In doing this, the first realisation was that these people, although identified by the Directors involved as the right people, had never met one another.  They contributed to the same issue and outcome for their customers and community, but they had never met.  They had never even thought of meeting together.  The “organisation” did not bring them together – we had to create, facilitate, the social contact.

Secondly, They had quite different skills and capabilities.  More importantly, they talked quite different language in different ways.  What quickly became apparent was that these individuals and teams talked about their customers in quite different ways.  They even had different levels of respect for customers.  I will be frank, this was an issue.  However a re-organisation would not have solved this – just exacerbated it.  This was an issue that needed resolving between the directors and with their teams in that room.  In the old model, they have to do some normingand storming, before they could form and perform.  The social connection had to be bridged.

Thirdly, working together and creating that common understanding of their shared needs, joint dependency and common goals for customers and their community took some time.  However, this is only what any social network does.  It takes time to assimilate new friends and relationships.  To build that deeper trust that gets stuff done in an open and honest way.  of course this takes time.  Sticking people together in an organisation structure, alone does not solve that.

A part of this was, of course, that these people worked in separate offices.  bringing them together in one location would not have helped, because their stronger bond was to their similar colleagues in their own location.  The need for a physical presence together was limited.  Important occasionally, but not all the time.  Co location associated with a re-organisation was a ridiculous idea.  Connecting people and making the space for them to meet, connect and work together was important.

None of this involved a £x million reorganisation taking 9-12 moths.  We started it in a month.  we were seeing progress inside two months.  The social connections were being formed and exploited.

Draw your organisational structures upside down

In contrast, if you draw your organisational chart upside down, you have a completely different picture.

Placing the Board and Senior Executives at the bottom, makes it clear that their role is to create the environment and space for the people above them to perform.

Placing the support services and functions next, above the Senior managers and leaders, makes it clear that their role is to support those above them.  In contrast most support functions are drawn alongside other functions.  Their role is not clear from the organisational structure.

Next place the Line managers.  Their role is to make sure those above them are able to perform.

Now place the front line people, workers, staff, at the top of your triangle.  (You have not finished yet).  Their role is to serve your customers or community.

Now, and here is a real innovation of this sort of organisational structure.  Now, place your customers and community above your front line workers and staff.

This sort of organisational structure makes it very clear that the role of the organisation is to support and enable its customers and/or its community.

Think How do I enable decisions and conversation

The question is no longer who should reports to whom, or how much work do I have that people need to resource.

The questions are now:

So the primary purpose of the organisation (sorry social network) is to get the social system lubricated.  To connect people.

If leadership is about creating the space for others to perform, and management is about making sure it gets done, then the social system is about leadership, creating and enabling that space.  The organisation structure is about the management – making sure things are getting done.   This is an important distinction that is so easily missed.

So do organisational structures exist?

Ok, yes they do, but as a tool of management not of leadership.  The organisational structures should not constrain, they should enable.  However, they are NOT the primary mechanism by which work and decisions get done well.

What determines the quality of work, and decisions and change is the social system.  It is the role of an organisation’s leaders to create and lubricate that social system.

And today it is more and more clear that this social system extends well beyond the traditional boundaries of the “organisation”.  The more effective organisations are those with the widest and most effective social system.