Many organisations want to be agile.  The problem is that agility requires two earlier steps.  You can have an agile organisation, but if that agility is never exploited, then it is a wasted resource.  Organisational agility is in fact a three-part problem (and I’ll introduce a fourth later).

A simple analogy: The agile gymnast 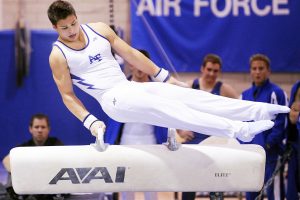 Organisational agility is impressive, but you need to know when to use it.

As a simple analogy, think how agile a gymnast is.  Now imagine them crossing a road. They can be the most agile, flexible and athletic gymnast, but if they do not notice the car is coming (awareness), or notices the car, but fails to jump early enough (response), the agile gymnast will still get hit.  Take it further, if an onlooker is not looking out for threats, or fails to shout an appropriate warning instruction, the gymnast will be unable to use their agility.  If the gymnast does not know they need to jump, they won’t.

It is the same with organisations.  Before agility can be exploited, the organisation requires both an awareness of what is going on AND a response to that awareness that is communicated in a way that the correct agility is used.  If the organisation does not know it needs to jump, it won’t.

Many organisations get criticised for lack of agility.  Others think they are not agile.  However, the root cause of their lack of agility can lie in the earlier stages: a lack of awareness or a lack of management response.

As an example, think back to the 2008 financial crisis.  Some organisations would not even have been aware of the early signs (Bear Sterns crash).  Their strategic monitoring systems failed to notice or monitor the signals.   If you are not looking out for the unstructured, bits of intelligence that might add up to something, then awareness will never happen.

The solution is relatively straight forward.  Tap into sources of knowledge about your industry, competitors, markets, customer behaviours, legislation, and economic and political trends.  There are plenty of sources.  However, the trick is not simply reading the paper, but thinking about the implications, and thinking through the implications.

It is the interpretation, of that information that matters.  How the information is analysed, diagnosed and framed, and taken forward as something that needs some sort of decision to be made as a consequence.

The ability to respond and shout “Jump”

During that financial crisis, others saw the signs, but were still caught out because they were slow to respond.  Whilst individual executives and managers saw the early signs (awareness), as a whole management team, organisations as a whole were sometimes too slow to interpret the signs, realise they needed to act, and choose a response.

There can be multiple underlying causes for these slow response issues.  It might be about

The other issue can be in how the response is translated and communicated.  Is a clear what is required?  Does everyone agree that is the course of action?  Is a clear instruction provided so that the organisation knows what sort of agility to exploit, whether to do a back flip or a forward roll?

The impediments to the awareness and response, can undermine the most seemingly agile of organisations.  No matter how agile the organisation might have been, a poor response will cause delays in triggering that organisational agility.

Looking at agility as part of a decision process

However, awareness actually comes in the first two steps of the decision process: decision awareness; and also how the decision is framed or diagnosed.

The response part is about both decision-making and the taking of the decision (Notice the important difference between decison making and decision taking).  Decision making is how the decision is constructed, the people involved, the information available, the analysis, the options, the risks.  It is about the quality of thinking, analysis and conversation that goes into the decision.Decision taking is about the quality of commitment to the decision, by the whole team.   In essence do the management team all walk from the room telling the same story.

So the awareness, responsiveness and agility are all tied to the quality of the organisation’s decision process.

The fourth part of organisational agility

The six step decision process highlights a missing part of this three-part agility model.  Organisational agility also requires feedback and learning.  There is no point jumping up and down unless you learn how effective you are at jumping so you can jump better next time.  It is the same with the organisation: It may be able to flex, respond, change, adapt, but if those changes are not effective, or are carried out inefficiently, then that agility will come at a price.  There is a space for feedback and learning.

Are you looking at the agility of the whole decision making process?