My book should have been called “Socialising Strategy”

After my book ‘Communicating Strategy’ was published, I realised I should have called it ‘Socialising Strategy’.

Getting strategy into day to day conversation and decision making 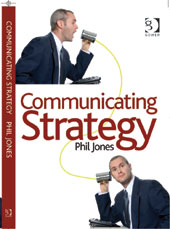 When I wrote Communicating Strategy, I was trying to get across how important it was to get the strategy into the head, hearts and hands of people.  The idea being that the strategy was understood, owned and became a part of their language.  The strategy should be embedded in people’s heads that as they make their day to day decisions, the strategy naturally informs them.  (That is the origin of the idea “All plans should be burnt“).  It was only after the book was published that I realised that what I was doing was describing far more than communicating a strategy: I was describing socialising strategy.  I simply did not call it socialising strategy (and that was a shame).

Clients have socialised the idea of socialising their strategy

More importantly, they know that socialising their ideas, their thinking, their strategy, is a much deeper and more intense process than mere communication of the strategy.

The biggest danger with communication

Someone once said to me that the biggest danger with communication, was thinking that you had already communicated.   They are right.  It is so easy to keep saying something, but never checking that the real meaning has got through.   You can communicate something seven times in seven different ways, but what is your test that it is in their heads?

When you think about socialising a strategy, the test of whether it is socialised is a much deeper test than “Have we communicated it?”

Socialising strategy by socialising the deeper content and meaning

On reflection, the idea of socialising strategy was in my head all the time.  I simply did not think of it in that frame at the time. Which ironically, is what often happens with the communication of strategy in organisations.  The thinking and principles of the strategy are well thought through, but the framing of the message is not as clear.  I even wrote about doing just that in the book.

Just make sure you socialise your strategy, rather than merely communicate it.