Blackberry outage – a great example of how not to communicate strategy 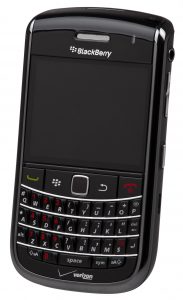 So it is now day three of the great blackberry outage, and what do we know?

Well if you go to the RIM website you are greeted by offers to select a smart phone.  Perhaps their news and media area is better.  No.  The latest news is that “Taiwan Mobile and RIM Launch BlackBerry 7 Smartphones in Taiwan”.  I was amused to be asked to fill in a pop up asking for feedback as I left.  Well that would be a bit pointless.  Ok, blackberry.com?    Nice advert, but no messages. Support, contact us and blackberry help and little use.  No information there.  I tried my service provider O2 and their dedicated blackberry website.  Again no messages, and nothing on the support page.  Come on O2, you have a role in this as well.  Putting a link at the top of the page to the latest iphone release is not the answer.

Where am I getting my updates from?  BBC, Forums, ZDnet, and other people who are monitoring teh network.  But not from Blackberry.

Update: Day four RIM founder, Mike Lazaridis, eventually posts a video on youtube apologising and explaining that they did not know when the problems would entirely be resolved. http://youtu.be/zQ1esvGae_s

The thing is we can blame technology, computers and things, but in the end we need a face.  Actually at the start we need a face. Someone who says, “We have screwed up and we have our best people on it”.  Even a video saying sorry and here is the latest status.

Because strategy communication is about people talking to people.  This is as true in a crisis as it is in any other time.  My Professional Speaking Association colleague Alan Stevens will tell you that you need to get in front on the camera and talk to people.   I want to know you are dealing with it, from you: not from a third party.

So what should they have done?

2) tell us what is actually happening.  Most of Tuesday it was simply a Monday issue.  Now we are on Wednesday.

3) Roll out the pre-prepared contingency plan and communication plan

4) Be honest, with a Human face.  If the internet age and the cluetrain manifesto has taught us anything, it is to be human and have a conversation.

It is true that in times of crisis, communication with the outside world is often the last thing you want simply because you are focussed on fixing the issue.  But someone should have a role of being that outside face, whilst others fix the issue.  Even if you do not know yet, tell us when you might know.  We want confidence that things are happening, not uncertainty that leads to rumour.  The iphone and andriod people are wringing their hand with glee.   If RIM, as several commentators say, are losing market share and failing to protect it well, as well as having internal shareholder angst, they still need to be open and talk to their millions of users.

Poor show RIM and Blackberry.  By not talking to us, there is the danger we shall no longer talk to you.